The Hong Kong Council of the Church of Christ in China 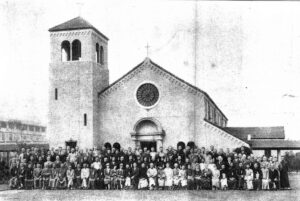 The formation of the Church of Christ in China can be traced back to 1918 when the General Assembly of the Presbyterian Church in China called a meeting in Nanjing to look into the desirability of forming a union of churches. Then the May 4 Movement (1919) aroused among the youth in China a great passion for nationalism, and some even suspected that Christianity had become a tool of cultural invasion by the imperialistic Western powers. Chinese students everywhere organized Anti-Christian Federation, directly challenging the roles and work of the churches. Some church leaders realized that the Church must be indigenous to shed off the insulting label of a “foreign religion.” In other words, local churches must become self-governing, self-supporting, and self-propagating in order to take root in the country and to minister to her people. Thus the representatives from the Presbyterian Church, the London Missionary Society and the Congregational Church agreed that they must stand united in order to be a more effective witness for Christ. Only a united church could contribute to China at a time when she was facing invasion from the outside and civil discontent from the inside.

The representatives met to draw up a scheme of union. Representatives from other denominations soon joint in. Subsequently, the churches in Canton declared in July 1919 the formation of The Guangdong Synod of the Church of Christ in China. Representatives from the Swedish Missionary Society, the Congregational Church, the London Missionary Society, the Presbyterian Church and the United Brethren also joined the declaration. In 1922, the Provisional General Assembly met in Shanghai and the unity movement gained further momentum. In 1927, the First General Assembly of the newly formed Church of Christ in China, which was attended by representatives from all over China, met in St. Mary’s Hall, Shanghai. In all, 88 commissioners attended, of whom 66 were Chinese and 22 were missionaries representing 11 denominations and 53 District Associations. This laid the foundation of unity on which the Church of Christ in China was built. The newly formed Church adopted a four-tier system: on the national level, the General Assembly; on the provincial level, the Synods; on the district level, the Associations; and on the local level, the churches. The Council went through some fundamental restructuring in 1957. This included rewriting its constitution, strengthening the roles of its executive committee and employing more staff. In 1958, in order to expand its work, the Council was incorporated and registered as a non-profit making charity organization with the Hong Kong Government. In 1960, the new headquarters at 191 Prince Edward Road West, Kowloon, was built. This allowed the Council to further strengthen its operation. Between 1960 and 1965 the Council launched two “million-dollar fund raising” campaigns to help to build more churches and schools. In 1964, the Executive Committee passed a resolution to have the Council become self-supporting in 10 years’ time. In 1966, the Council called for a plan of “Consolidation and Renewal in Four Years, and Strengthening Development in Ten Years.” The Council became totally self-supporting in 1974, and the constitution was amended accordingly. In 1980, the Council formally announced herself a “three-self church” which means the church is now a self-governing, self-supporting and self-propagating church. During this period of time the Council became a member of the World Council of Churches, the East Asian Christian Council (now the Christian Conference of Asia), and the Hong Kong Christian Council. In 1977 the Council also joined the Council for World Mission (formerly the London Missionary Society), sharing financial resources and manpower and participating in missionary work around the world. By virtue of its historical affiliation, the Council is a member of the World Methodist Council and the World Alliance Reformed Church, and continues to maintain a close relations with a number of other founding churches.

Due to the need for development, the constitution that was adopted in 1957 was amended in 1974 and again in 1997. The second amendment clearly defines three categories of membership: congregation, clergy and agencies, with detail outline of the responsibilities of each. The Annual General Assembly, which is the highest decision-making body of the Council, consists of all the ministers in office, representatives from the local congregations, directors of the Council’s agencies, school principals and delegates from affiliated organizations. Most members, together with 12 representatives elected during the Annual General Meeting, formed the Executive Committee and manage the Council when the Assembly is not in session. The Executive Committee is organized into six departments: the Church Administration Department, the Social Services Department, the Lay Training Department, the Mission Department, the Theological and Ministerial Department, and the Education (School Management Committee) Department. Chairpersons of these departments together with the Chairperson, Vice-chairperson, Hon. Secretary, Hon. Assistant Secretary, Hon. Treasurer and Internal Auditor of the Executive Committee formed the Standing Committee that plan all Council’s business. The Council also employs a General Secretary, an Associate General Secretary, and several Executive Secretaries to execute assignments from the Executive Committee and Departments. 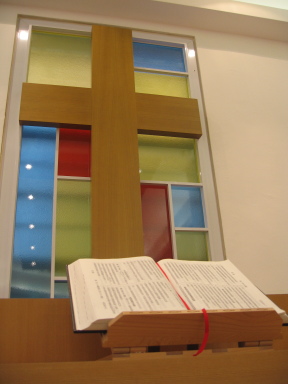 HKCCCC is an uniting church consisting mainly of churches with Congregational and Presbyterian traditions. Also included during its inception years were the London Missionary Society, British Baptist Missionary Society and others. They nevertheless share the same beliefs:

Any church wishing to join the union must observe the following principles:

For the last forty years, because of circumstantial needs, theme of work of HKCCCC might appear to have changed from time to time. However, the basic direction of thought and development remains closely within its main frame of reference. Following the divine guidance of the Holy Spirit, HKCCCC embraces “Partnership in Mission,” “Joint Action for Mission,” and “Sharing for Mission” which shows the Council’s willingness to share its manpower, financial resources, and vision with member churches to achieve its objectives of mission and service. The development of the Council can be described in three stages: Dependence, Independence, and Interdependence. Regardless of which stage of development the Council is in, its main goal is always trying to be the most worthy witness for Christ and to render glory to God.

The Council is a “three-self” church (self-support, self-governance, and self-propagation) and will always be so. In the stage of dependence, the church built its belief on the sufficient grace of God and was prudent in using its resources. In the stage of independence, the Council advocated a policy of simplicity. This means not to spend excessive time and resources and money on matters such as organization, rites, church polities and public relations. The emphasis is on everything for Jesus, that is, to raise the quality of work of its employees, to strength the efficiency and effectiveness of the Council, and to be ready for new involvement in evangelical work. In the stage of interdependence, the Council is willing to share the abundant gifts of God with those who are less fortunate. The Council has been raising money for such causes as preaching good news to the poor, caring for the weak, and serving the elderly. It also shares its resources with organizations in Hong Kong and overseas. It encourages its members to practice the spirit of sharing and caring, and to generously support those projects that eventually lead to self-supporting as well as on other ground-breaking development.

Upon the return of Hong Kong to China, the Council becomes part of the Chinese church. Still believing in the absolute sovereignty and abundant grace of God, the Council continues to march forward in faith. The Council also hopes that all members of the Council will unite in one heart to work for church renewal, to benefit the society of Hong Kong and to give glory to God. © 2021 The Hong Kong Council of the Church of Christ in China. All Rights Reserved.